reported by the licensee.

The amount received and due-paid is 3 times higher than predicted by Zavitsanos, 2007,below.

“ .. the cancer vaccine developed by Apthera, (which was founded based on the discoveries of Dr. Ioannides and clinical discoveries of Colonel Dr. George E. Peoples), and partly owned by MDACC (6.5%), was formally approved by the Food and Drug Administration (FDA) to start Phase III trials.

These studies were supported by the Department of Defense. … The data has shown E75 can potentially protect a patient from metastases for up to 20 months. E75 will be used in patients that develop cardiopathy from Herceptin. Protection from metastases will be enhanced to 40 months if Herceptin and E75 are used together in a novel combination devised by Drs. Ioannides and Peoples.

“Funding for your, (“ Ioannides”),  recent laboratory research appears to have primarily depended on grants awarded to foreign postdoctoral fellows ( “Japan”), who worked in your lab and from royalty payments (“Apthera”)  from companies. This is an unsatisfactory record." 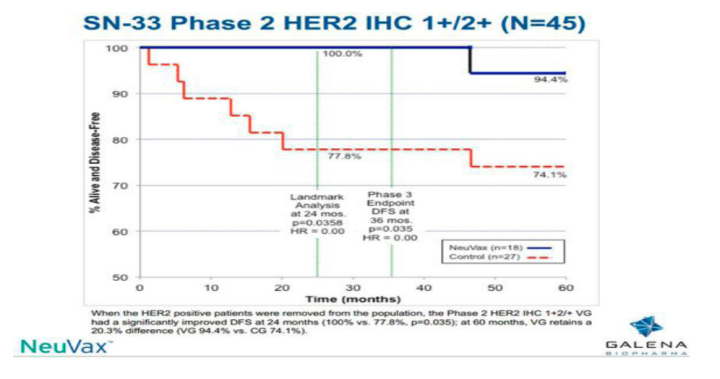 Corrected Figure 1, which tried to justify non-payments to MDACC

“ B. Galena acquired the Neu Vax, (TM) Vaccine.  9. …in view of the way in which the Merger took place   neither Apthera nor Galena were required to  purchase any Apthera shares that MDACC owned as a result of the License agreement or any amendments to it. Although the License Agreements and its agreements contemplate that Apthera or Galena would purchase shares in the event of a certain reverse merger,the proposed reverse merger did not took place and the company, (Apthera), was ultimately acquired in an unrelated transaction. Nor did Apthera or Galena purchase any Apthera shares from MDACC under the License agreement or any amendments to it, (3-13-cv-01745 - HA,Doc 20, 11/22/13 Page 3, ID # 134)”

“While contracting with MDCC, defendant, (“Ioannides”), co-invented the experimental breast cancer vaccine “NeuVax”. Defendant has never been to, or conducted business in, Oregon”.

Here, while it is clear that defendant knew Galena to be an Oregon corporation, it does not

appear that his comments were made with the intent of causing harm to Galena. Some of his

comments concerning Neu Vax, were in fact positive and could have benefited Galena. It is unclear why the comments were made, other than it is obvious defendant has a deep concern regarding Galena's activities.

“With support from an FY13, BCRP Breakthrough, funding level 3 Award that was recently recommended for funding, Dr. Mittendorf is about to begin recruiting for a phase II trial evaluating NeuVax™ in patients that express HER2 at high levels, (i.e. 3+ IHC), and designated clinically HER-2- positive) and are being treated with trastuzumab, ( Herceptin). This trial is based on encouraging results from earlier trials, to include the E75 phase II trial, evaluating MHC class I vaccines: 55 patients with HER-2 3+ tumors, who have received trastuzumab, (Herceptin) and then NeuVax™ have shown no recurrences after 3 years.

September 17,2014. Amendment 6. Grant of License of Ioannides inventions transferred from Apthera to Galena. Inventors-Owners and President De Pinho did not approve Amendment 6, because royalties and stock due to MDACC for inventions E39, E75, E75 + Herceptin are unpaid.

Regulatory compliance. We compelled Galena to comply, in part:

“Recent preliminary Phase 2a data of GALE-301 plus GM-CSF showed promising results with a 38% reduction in relative risk of recurrence, is well tolerated with primarily Grade 1 and 2 toxicities, and elicits a strong in vivo immune response. Enrollment, (Phase 2), completed ahead of schedule due to high demand."

February 9, 2015:  Enrollment in Phase III Trial of patients with breast cancer with tumor in the lymph nodes with E75 completed.

*17.02.06. Recommendations to the Chairman of the Board of GALE Biopharma,
in support of continuation of Clinical Trials and Studies in Immunotherapy
Vaccines directed by Drs. Mittendorf and Peoples.*